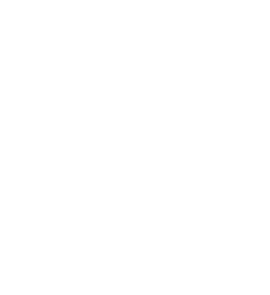 Matthias is a doctor of sport science. He is an explorer. And above all – he is a skier. He skied some of the most remote mountains of our planet. And he produced some incredible skiing movies. He will present his new film “No man`s land – expedition Antarctica”

Antarctica is the coldest, driest, and windiest continent, and has the highest average elevation of all continents. Until now, only scientists, polar explorers, or mountaineers to climb Mt. Vinson have been travelling to Antarctica. Due to the extreme cold, the glaciated terrain and the desert climate, freeskiing seemed to be impossible.

But the two freeskiers and adventurers Matthias „Hauni“ Haunholder and Matthias Mayr don ́t care if regions are ment to be too remote or harsh for skiing. They are getting even more attracted by so called hard condi- tions. Together with cinematographer Johannes Aitzetmüller they set over for an unsupported expedition into the mainland of Antarctica to find beautiful mountains for skiing.
The 3 men team, each hauling a 90kg sled, covered a distance of more than 150km by hiking and using kites. What they found, was much better than expected. The „holy grale” of freeriding. Watch the movie to enjoy the most spectacular landscape humans ever skied in.

‘No Man’s Land’ is not your average expedition. But Matthias Mayr and Matthias Haunholder are not your average adventurers, either. The ski adventurers and filmmakers from Tirol, Austria, are two of the most successful freeriders of their generation. Nowadays, their travels take them to the most remote regions of the world, such as the uninhabited volcanic island of Onekotan, which is part of a very inhospitable and windy archipelago in the icy Pacific between Russia and Japan. Their latest expedition takes them where rarely anyone has gone before.

Matthias Mayr, born 1981, and Matthias “Hauni” Haunholder, born 1979, are Austrian freeride professionals and BMW athletes who have made their names through spectacular ski expeditions to isolated mountain ranges. On their trip to Antarctica, they will be accompanied by cameraman Johannes Aitzetmüller, with whom they have already worked on films like “The White Maze” and “Auf den Spuren der Ersten”.