19:00h   – Presentation of  Simon Messner – Simon Messner (29) is a trained molecular biologist and passionate alpinist. At 16, he found his way to the mountains in the classic routes of the Dolomites. To date, Simon has been able to climb many rock and ice routes and has made first ascents in Oman, Jordan, Pakistan, in the Alps and on his local mountains, the Dolomites. The style, i.e. HOW the route is opened, plays an equally important role for him as the climbing itself. For him climbing is not about pure numbers, difficulties and speed. The mountains are first and foremost an experience space that needs to be preserved. Simon takes care of the two mountain farms “Ober, – and Unterortl” on a Hill called Juval in the Vinschgau Valley and runs a production company with his father to put mountain stories on the screen.

World premiere:
As part of a small expedition to Pakistan, Simon circles the 8,125-metre Nanga Parbat with his father Reinhold and his girlfriend Anna. In this context Simon speaks about the first attempts to climb the mountain Nanga Parbat and the great tragedies of the 1930s, he recalls the fateful expedition in 1970 when his uncle Günther lost his life on the descent over the Diamir Flank and his father Reinhold barely survived. It is a journey to remember. The small expedition eventually visits the remote Geshot Valley. Here the people live in the most modest of circumstances in a still self-sufficient manner. It’s a world that we Europeans can hardly imagine anymore. Here, west of Nanga Parbat, father and son try to climb the Geshot Peak, which has not yet been climbed, before Simon sets off for the Karakoram to realize another project together with his climbing partner Martin Sieberer.

“For me, traditional alpinism is not just about the action itself, but also about knowing the history of a mountain, being informed about previous expeditions and being interested in the local culture. In my understanding, the traditional alpinist goes where he can act on his own responsibility and does not feel obligated to any external requirements. He looks for an honest way of dealing with his fears, doubts and insecurities in order to question himself. After all, it’s about ourselves, about experience and less about success as such. It’s up to us, it’s a matter of attitude, how we go to the mountains. But one thing is certain: if you are willing to seek the unknown, you will be rewarded with strong emotions and finally come a little closer to the question of who we are and what makes us human.“ 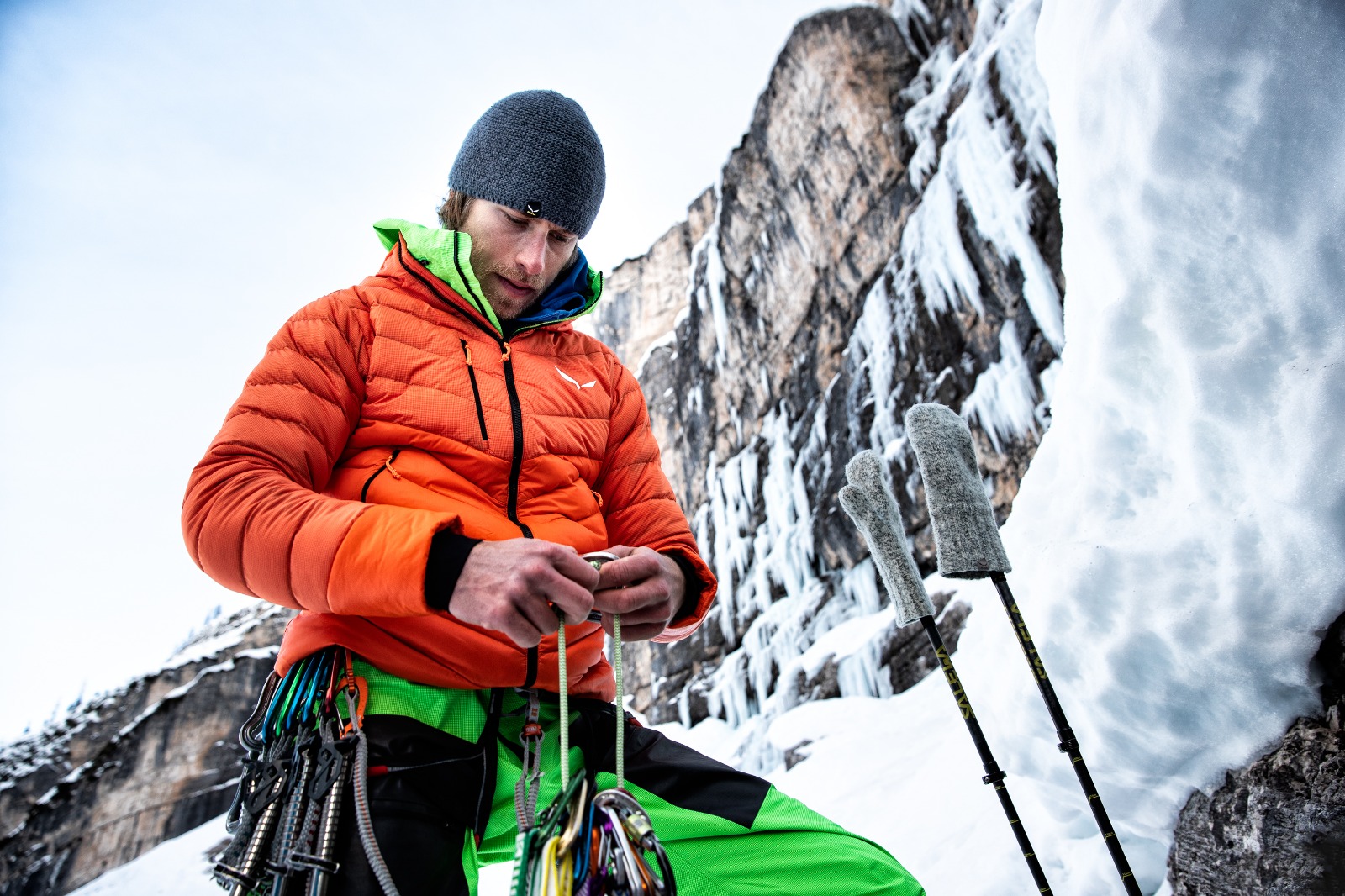