Hervé Barmasse (born 21 December 1977) is an Italian alpinist. Barmasse was born into a family of alpinists from Valtournenche – his father, Marco Barmasse, is one of the most well-known alpinists or mountaineers from the Aosta Valley – Hervé is the fourth generation of alpine guides in his family. He became a ski instructor in 1996, snowboard instructor in 1997 and has been a Matterhorn alpine guide since 2000 and national alpine guide instructor since 2007. 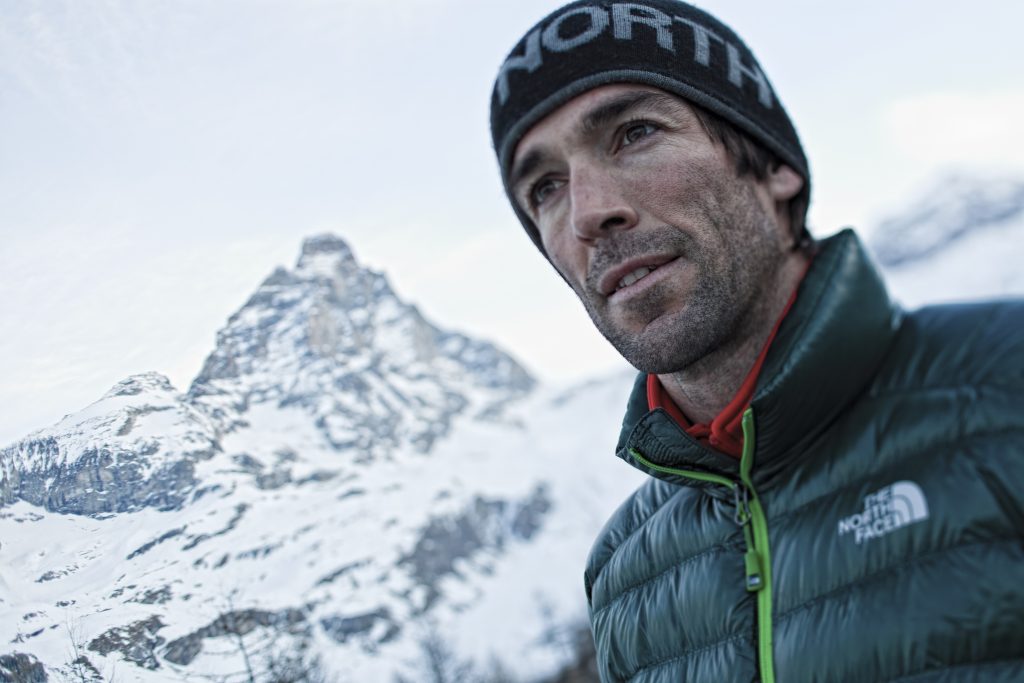 The pursuit and exploration of unclimbed faces led him away from the Alps and in 2004 he climbed two new routes in Pakistan: Luna Caprese on the Chogolisa Shield and another route on Sheep Peak (6300m).

His experience in Pakistan continued in 2005 and in addition to the solo ascent of an unclimbed peak on the Farol Peak ridge, he also climbed two new routes with companions from the Trip One Karakorum expedition: Up and Down (6c/7a and A1, 800m) and Fast and Furious, a mixed ice and rock route, this too on an unclimbed peak.  In spring 2006 in Patagonia, during his first trip to South America, he completed another remarkable achievement when he climbed a new ice and mixed route called Café Cortado (1200m) on the north face of Cerro San Lorenzo. On 8 February 2008, together with Cristian Brenna, Hervé cracked the enigma of the northwest face of Cerro Piergiorgio (Patagonia) which for years had been the object of numerous attempts by top mountaineers. “La Ruta de lo Hermano”, a route on poor quality rock, runs right through the middle of the heart of this immense face for 1150 metres: 29 pitches graded as 6b+ A3 ED+.

In the summer of 2008, together with his climbing partner Simone Moro, Hervé climbed Beka Brakai Chhok in alpine style, a 6940m mountain in the Karakoram region (Pakistan), attempted numerous times by various expeditions.

In early 2010 he returned to Pakistan together with Eneko Pou, Kris Erickson, Oscar Gogoza and Dr. Marco Cavana; after the ascent of some ice falls he organised the first course for high altitude porters also open to women at the Shimshal Climbing School, with the goal of training and teaching safe techniques for progression on rock and ice. Furthermore, thanks to the help of Dr. Marco Cavana, an intensivist from Aosta hospital, he organised the setting up of a dispensary to deal with health-care problems in the area.

On 17 March 2010 he climbed a new route with his father Marco on the south face of the Matterhorn – the Couloir Barmasse (1200m, hard mixed route, ABO). In the summer of 2010 he completed an alpine style ascent in two days together with Daniele Bernasconi and Mario Panzeri of the 6300m unclimbed Venere Peak, graded ED (China). 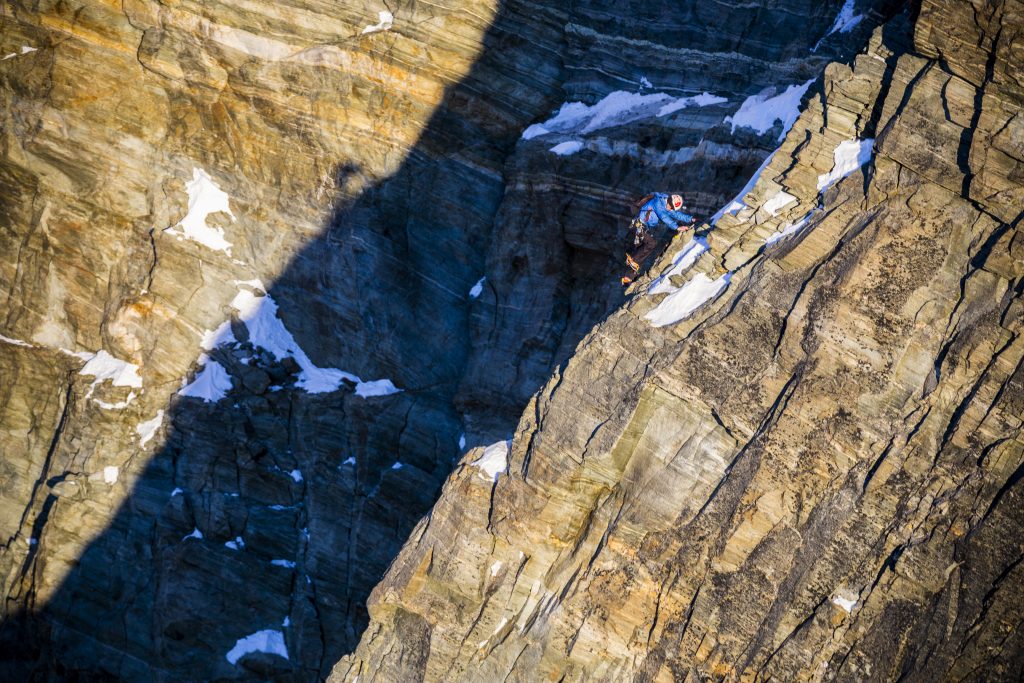 For the fourth time he received the coveted Paolo Consiglio Award for mountaineering.

In 2011 the “Exploring the Alps” project was carried out, a trilogy with the aim of climbing three new routes on the most important mountains in the valley which are also some of the highest in the Alps: Mont Blanc, Monte Rosa, and the Matterhorn. These three new routes enabled Hervé to rediscover alpinism in the Alps and show that exploration is still possible in these places. Out of the three ascents, the Matterhorn was without doubt the most challenging. Hervé tackled it solo, astounding the mountaineering world with his audacity and the immense risk he undertook during the three-day ascent. The route first climbed by Barmasse.

extends over 1200 metres, 500m of which are in a frozen couloir with the rest of the route on the vertical and overhanging face of Picco Muzio. This achievement evokes the feat accomplished in 1965 by the great alpinist Walter Bonatti – the only person to have solo climbed a new route on the Matterhorn before Barmasse. On completing this achievement, Bonatti bid farewell to his career as an extreme alpinist.

In 2012 Barmasse made a film about the Exploring the Alps project, called Not so far. The film participated at the most important international mountain film festivals, winning major awards.

After an attempt on the unclimbed north face of Gasherbrum I (8068m) and a long break due to a problem with his spine, Hervé returned to Patagonia in 2013, but this time in winter. There he completed the first winter ascent of Cerro Pollone and the first ever ascent in winter of two of the Colmillos peaks. On 13 March 2014 he was back on the Matterhorn where he completed the first winter enchainment of the four ridges (which, moreover, he completed solo), starting by climbing the Furggen Ridge (thereby also completing the first solo winter ascent of the Via degli Strapiombi) and then descending the Hornli Ridge before climbing the Zmutt Ridge and descending via the Lion Ridge, all in 17 hours.