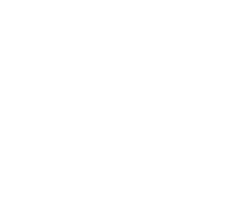 Bulgarian premiere of the film:

2045 km, 74 days, -50°C. From November 14, 2014 to January 27, 2015, Stéphanie Gicquel (French woman) skied across Antarctica through the South Pole, with two other polar explorers, including her husband Jérémie. An expedition she had imagined, planned and prepared for three years. This is notably the longest ski expedition for a woman in Antarctica without kiting (Sources: Guinness World Records, ExplorersWeb, AdventureStats, Adventure Network International). The film is an invitation to discover Antarctica through the eyes and feelings of Stéphanie. It highlights some of the moments she experienced during this long expedition – when she waited at Union Glacier base camp, started the expedition on the coast at the same place where the mountaineer Reinhold Messner began his own kite-ski expedition across Antarctica in 1989, when she skied up and reached the South Pole on Christmas eve and arrived on the Filchner-Ronne Ice Shelf floating on the Weddell Sea after 74 days of extreme effort.

This 30 minute film is not only about adventure. It is mainly about the meaning of things, fear, freedom, fulfillment, and boldness. An invitation for everyone to live intensely, without fear nor regret. This film also shows the life of a couple whose strength is tested under extreme conditions. A testimony of being one with the Antarctic landmass – similar as a frozen ocean located 3,000 meters high, with ice waves shaped by the wind. A sanctuary where nature is so powerful and strong against explorers who dare to come, but at the same time so fragile.